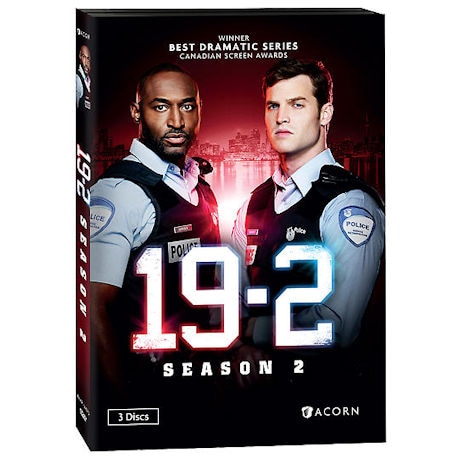 With news of a mole in Station 19, Officer Ben Chartier (Jared Keeso, Elysium) begins investigating his fellow cops, including his own partner, Nick Barron (Adrian Holmes, Arrow). But when Ben and Nick respond to an active school-shooting, each man must put aside his reservations and trust his partner with his life. As the station recovers after the shooting, the race to find the mole borders on desperation, and Nick gets in too deep. Winner of the 2016 Canadian Screen Award for Best Dramatic Series, this gritty drama explores the demons that haunt the men and women behind the badge. 9 episodes, 7 1/2 hours, 3 DVDs, SDH.

Item can only be shipped within the Continental US.
Episodes

School
In the season two premiere, the entire squad is involved in an intensely tragic school shooting which profoundly impacts their lives.