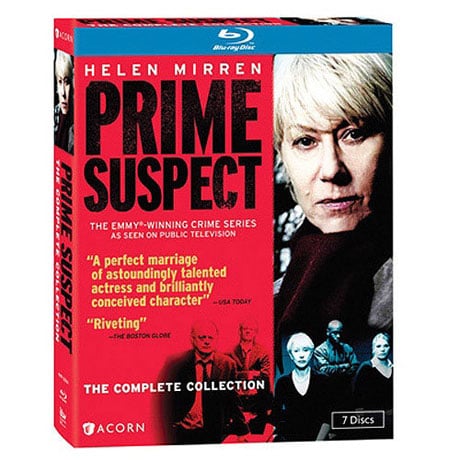 Oscar® winner Helen Mirren is Detective Jane Tennison, "one of the great character creations of our time" (The Washington Post), in a series that won more than 20 major international awards and raised the bar for police dramas.

Tenacious, driven, and deeply flawed, Tennison rises through the ranks of Britain's Metropolitan Police, solving horrific crimes while battling office sexism and her own demons. "Rare is the drama that works so well on two levels: as a crackling whodunit and as a finely tuned character study of a strong but insecure woman trying to prove herself in a man's world" (Time).

Episodes
Series 1
In the opening series, D.C.I. Tennison seizes the opportunity to head a murder investigation-something she should have done long ago, had she not been passed over by her male superiors time and again. With a suspect already identified
DVD Extras Details
Packaging: Boxed set
Run Time: 25 hours, plus bonus programming
Format: Full screen
Number of Discs: 8
Language: English
Subtitles: No
Color or B&W: Color
CC: No
SDH: