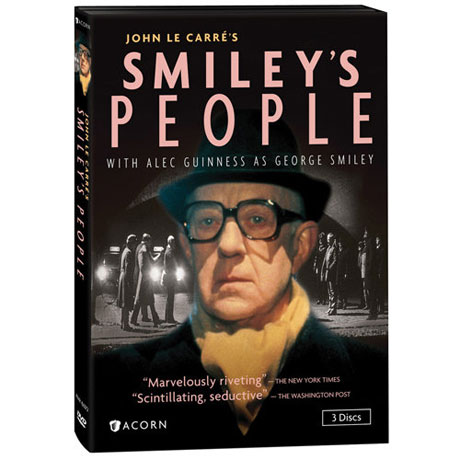 Rumpled, stodgy, and unassuming, George Smiley is literature's unlikeliest master spy. He is also--as written by John le Carre and portrayed by Alec Guinness--the most thoughtful, fascinating, and human figure ever to practice the dark arts of espionage. This brilliant sequel to Tinker, Tailor, Soldier, Spy finds Smiley emerging from retirement to engage his lifelong nemesis, the Soviet spymaster Karla, in a final test of wits, nerves, and loyalties. "Marvelously riveting"-- The New York Times. CC, approx. 324 min. on 3 DVD or 2 Blu-ray discs.

Episodes
Disc 1
Episode 1
What is the connection between a penniless Russian woman in Paris and the brutal murder of an old man in a London park? And so begins a new conundrum for George Smiley to sort out.