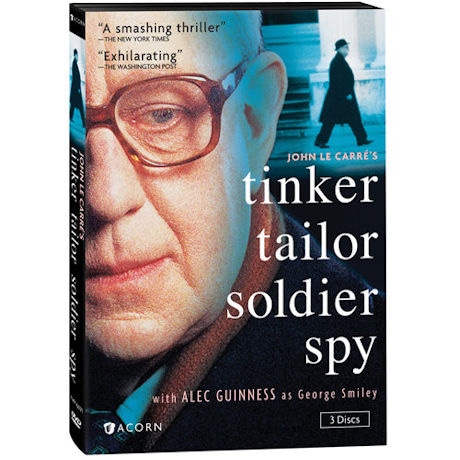 No doubt remains: a mole has infiltrated the Circus, code name for the British Secret Intelligence Service. It can only be one of four men operating at the very highest level. Sidelined agent George Smiley is covertly tapped to root out the mole, a task that requires a painstaking dig through the double-blind world of Cold War-era espionage and his own past. Alec Guinness brilliantly captures the weary heart and steely soul of John le Carré's master spy in an intricate drama hailed as one of the finest ever made for television. 6 episodes, 3 DVD or 2 Blu-ray discs, approx. 324 minutes, SDH. 6 episodes, approx. 324 minutes, CC.