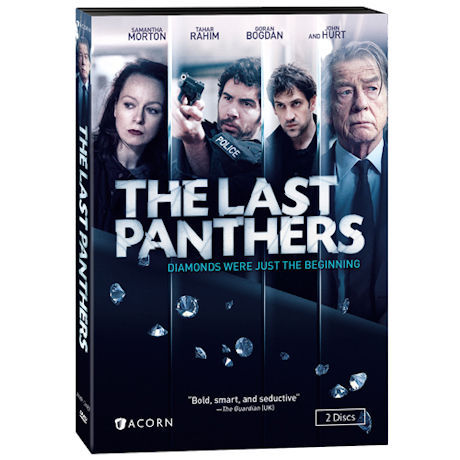 A jewelry heist in France bears the hallmarks of the notorious "Pink Panthers" gang. Only this time the raid is bungled and a child is dead. Samantha Morton (Minority Report) is private investigator Naomi Franckom, Tahar Rahim (A Prophet) is French police officer Khalil Rachedi, and John Hurt (Midnight Express) is Tom Kendle, Franckom's boss, in a dense, thrilling, visually arresting miniseries based on real events and seen on Sundance. The late David Bowie wrote the theme song, "Blackstar." 6 episodes, 4 3/4 hrs, 2 DVD or Blu-ray discs, SDH.

Episode 2
Naomi goes to Belgium to question a lead who is behind bars, while Milan tries to get the diamond money