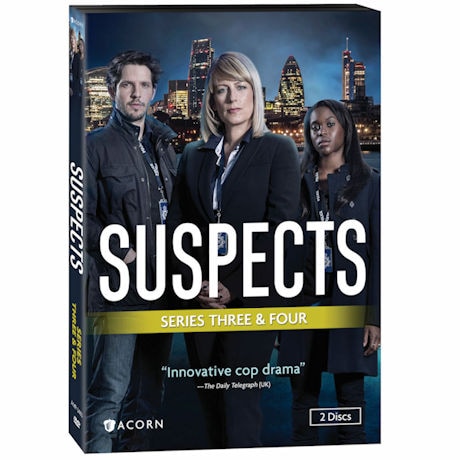 Detectives Martha Bellamy (Fay Ripley, Cold Feet), Jack Weston (Damien Molony, Being Human), and Charlie Steele (Clare-Hope Ashitey, Children of Men) are back to solve a series of all-new mysteries in contemporary London. From an arson attack that leaves a teenager fighting for his life to a copycat murder that could be the work of a serial killer, Martha and her team work tirelessly to expose the truth behind each crime.

Filmed from an eyewitness perspective with improvised dialogue, this one-of-a-kind procedural delivers an immersive, authentic look at police investigations, hailed as "a fresh take on the usual cop show" (The Sun, UK). 8 episodes on 2 discs, SDH.

Series 3, Episode 1
An art teacher is found dead at the college where she worked by a handy-man with a conviction for violence. At the same time, Charlie learns that the teacher was about to report an affair between the princip