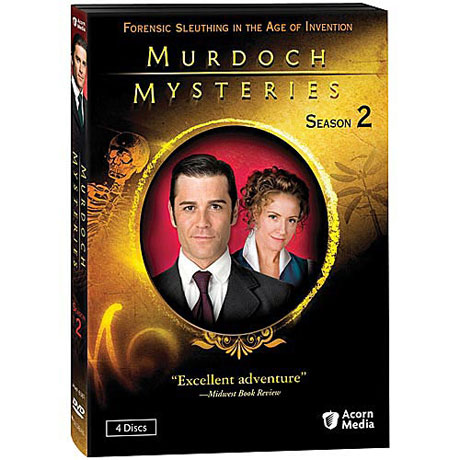 Winner of two Gemini® Awards, this sassy-smart Victorian-era whodunit stars Yannick Bisson as Detective William Murdoch, a police investigator who employs emerging science to solve Toronto's most dreadful murders. He experiments with ballistics, psychological profiling, and other newly developed techniques, despite the doubts of his tradition-bound boss (Thomas Craig, Where the Heart Is). Together with a beautiful pathologist (Gemini®-winner Helene Joy, Durham County) and an able protege (Jonny Harris, Hatching, Matching & Dispatching), Murdoch encounters some of the era's most famous--and infamous--figures, from Buffalo Bill Cody to Jack the Ripper. Seen on public television, based on the novels by Maureen Jennings. Season Two nominated for six Gemini® Awards, including best writing and best supporting actor. 13 episodes, approx. 10 hours, 4 DVD or 3 Blu-ray discs, SDH.