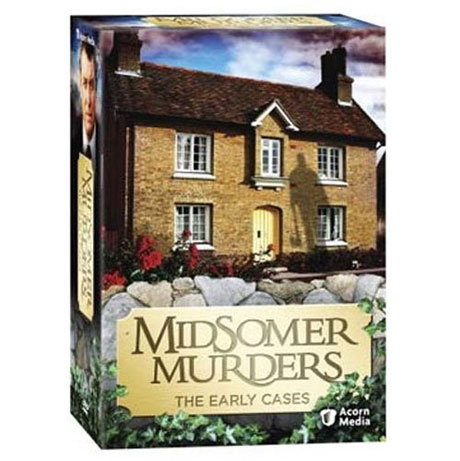 The cozy villages of Midsomer County reveal their most sinister secrets in these contemporary British television mysteries. The smash hit series stars John Nettles (Bergerac) as Detective Chief Inspector Tom Barnaby, a dogged investigator and devoted family man, unflappable in the face of the macabre crimes and eccentric characters he encounters on the job.

Collected here are the first 18 episodes presented in their original UK broadcast order. These include the five mysteries adapted from the novels of Caroline Graham, as well as the next 13 original stories inspired by her characters. DS Gavin Troy (Daniel Casey), Barnaby's first and longest-serving deputy, assists the chief on all of these cases. 18 cases, 31 hrs, 10 DVDs, SDH.