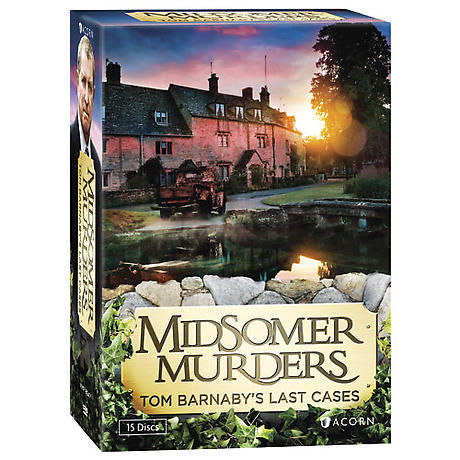 No Reviews Write the First Review
Item #: XA2512
The cozy villages of Midsomer County reveal their most sinister secrets in these contemporary British television mysteries. Inspired by the novels of Caroline Graham, a modern master of the English village mystery, this collection features John Nettles (Bergerac) as the unflappable Detective Chief Inspector Tom Barnaby investigating his final cases (presented in their original UK broadcast order) in the murderous END_OF_DOCUMENT_TOKEN_TO_BE_REPLACED
Add to Wish List

Discs 1-4: Series 12, Part 1
The Dogleg Murders
Members of the swanky Whiteoaks Golf Club are turning up dead by the 13th hole.