The Pillars of the Earth DVD & Blu-ray 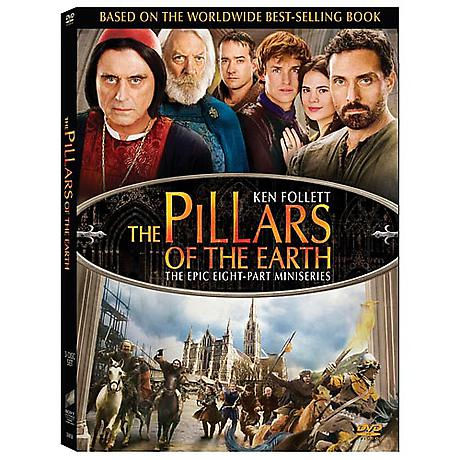 The Pillars of the Earth DVD & Blu-ray

Based on the best-selling novel by Ken Follett, set in 12th-century England, this lavish new miniseries (2010) centers on the building of a vast cathedral. Politics, war, romance, ambition, and a stellar cast--Rufus Sewell, Ian McShane (Deadwood), Donald Sutherland, Matthew Macfadyen--kept viewers glued to their sets on both sides of the Atlantic. "Fabulous"--Guardian (UK). "Shows how a miniseries can be done right"--New York Daily News. 8 episodes, 6 hrs 40 min, 3 DVD or Blu-ray discs.

Episodes
Season 1, Episode 1: Anarchy
On the death of King Henry I, there is a schism in the succession leading eventually to civil war during a period now known as the Anarchy. Before his death, the King had sought the support of the noblemen and the
Details
Packaging: Boxed set
Run Time: 6 hours, 40 minutes
Format: Widescreen
Number of Discs: 3
Language: English
Subtitles: English, French
Color or B&W: Color
CC: Yes
SDH: N
Press
"Fabulous"--Guardian(UK)