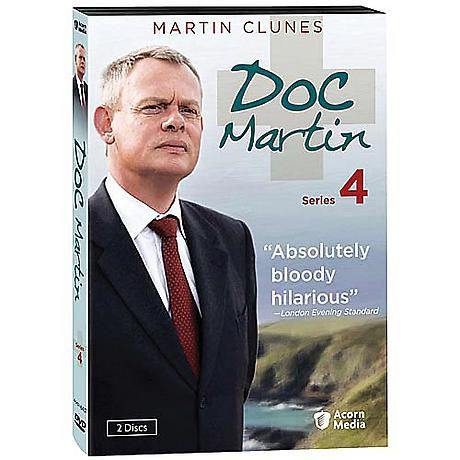 After his wedding day disaster, Dr. Martin Ellingham (Martin Clunes, Men Behaving Badly) is even grumpier and ruder than before. His former fiancee, Louisa (Caroline Catz, Murder in Suburbia), has left the village to avoid embarrassment. The doctor himself plans to return to London as a surgeon-if he can conquer his fear of blood. But it's hard to leave a place as charming and full of eccentric characters as Portwenn by the sea. Matters quickly become complicated when Louisa moves back with startling news. Meanwhile, Martin's old flame, Edith Montgomery (Lia Williams), takes a job at the local hospital and sets her sights on the doc. Sparks and rumors fly as patients crowd his office: a shouting oil rigger, the inept local constable, a woman who sees her dead husband's ghost, and a man who eats his own hair. Facing all this, will Doc Martin leave Portwenn after all? 8 episodes, approx. 367 min. on 2 DVDs. For mature audiences.

"The unlovable Doc Martin will win your heart"--Brattleboro Reformer