FRONTLINE: Predator on the Reservation DVD 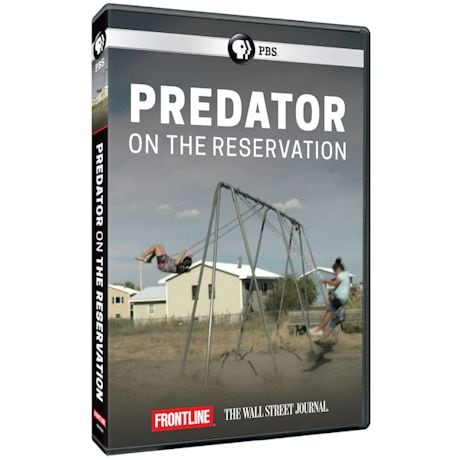 FRONTLINE: Predator on the Reservation DVD

No Reviews Write the First Review
Item #: WB4452
FRONTLINE: Predator on the ReservationIn Predator on the Reservation, FRONTLINE and The Wall Street Journal collaborate for the first time to investigate the decades-long failure to stop Dr. Stanley Weber, a government pediatrician, who moved from reservation to reservation despite warnings about his behavior. Drawing on interviews with hospital administrators and staff, tribal police officers, victims and their families, interrogation END_OF_DOCUMENT_TOKEN_TO_BE_REPLACED
Add to Wish List

Drawing on interviews with hospital administrators and staff, tribal police officers, victims and their families, interrogation recordings and top Indian Health Service (IHS) officials, the film explores how Weber was able to see patients for years despite warnings to IHS officials and hospital staff on the Blackfeet reservation and the Pine Ridge reservation in South Dakota.

The film not only uncovers Weber's story, but it reveals that doctors and other people on both reservations who worked with Weber were concerned about his behavior with young boys for years and accounts of other problematic doctors within the agency.

As of February 2019, federal prosecutors have charged Weber with the abuse of four boys on Pine Ridge and two on the Blackfeet reservation in Montana. No one knows how many victims of Weber's abuse are still out there, or how many other people in the IHS could have stopped it.