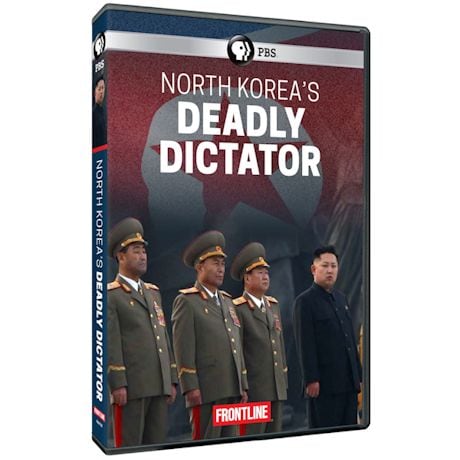 No Reviews Write the First Review
Item #: WB4312
FRONTLINE: North Korea's Deadly Dictator Earlier this year, Kim Jong-un's half brother, Kim Jong-nam, was ambushed in a Malaysian airport by two women bearing a lethal chemical weapon 10 times more powerful than sarin. He died en route to the hospital. Who planned the murder of Kim Jong-un's half brother, and what does it reveal about the leader and his END_OF_DOCUMENT_TOKEN_TO_BE_REPLACED
Add to Wish List

Drawing on interviews with a leading North Korean defector, diplomats, experts, Kim Jong-nam's school friends and even a former North Korean secret agent, the documentary is a rare glimpse inside the secretive country - and an eye-opening look at both how King Jong-un thinks, and how he's trying to ensure his regime's survival and perpetuate his own power.