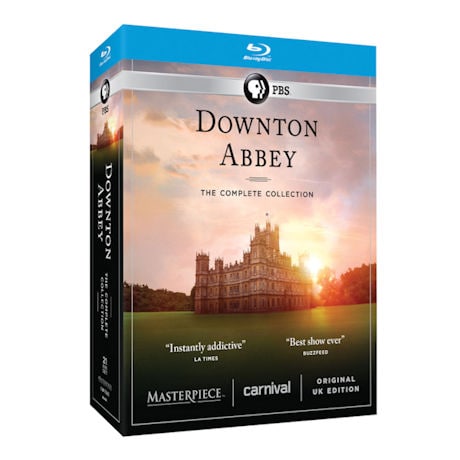 Downton Abbey: The Complete Series - Unedited UK Edition Blu-ray Passion, romance, history, intrigue, fabulous English country houses, gorgeous clothes, unforgettable characters, impeccable attention to detail, and wit ("What is a weekend?") made "Downton Abbey" the highest-rated drama in PBS history. Set includes all 6 seasons and 53 episodes of the multiple Emmy(R) and Golden Globe-winning series created by Julian Fellowes, plus 5 all-new hours of bonus video and 7 more hours of extras. Some edits were made for airing in the States on PBS; this is the complete, unedited UK version. About 50 hours on 21 Blu-ray discs.

More than 5 hours of bonus programming including: