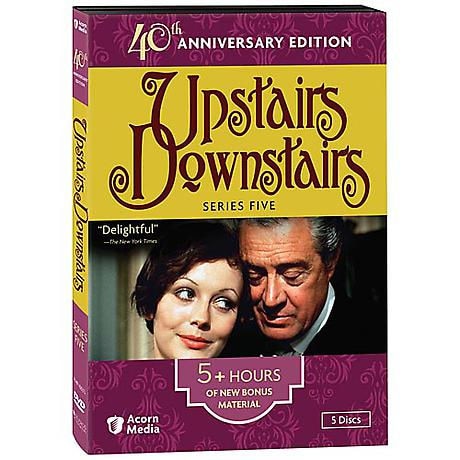 No Reviews Write the First Review
Item #: XA4612
Upstairs: the wealthy, aristocratic Bellamys. Downstairs: their loyal and lively servants. For nearly 30 years, they share a fashionable London townhouse, surviving social change, scandals, and the horrors of the First World War. The most popular British drama series in TV history won 7 Emmys®, a Golden Globe, and a Peabody. Seen on Masterpiece Theatre and A&E, it's "great fun END_OF_DOCUMENT_TOKEN_TO_BE_REPLACED
No Longer Available

See similar items below that are available now!

Disc 17
Episode 1: On with the Dance
Summer 1919. Upstairs, Lord and Lady Bellamy make plans to leave Eaton Place. Downstairs, the servants fear for their j