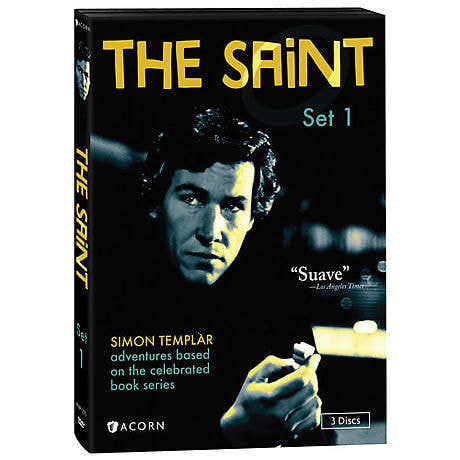 Simon Dutton (Dangerous Beauty) is dashing, debonair ladies' man Simon Templar, alias the Saint, in action-packed adventures filmed in exotic locations around the world. In The Brazilian Connection, the Saint follows a ring of baby traffickers to Brazil. The Blue Dulac takes him to Paris on the trail of a murderer, a thief, and a sapphire. Fear in Fun Park finds him at an amusement park in Australia. First seen on British television in 1989. 3 feature-length episodes, 4 1/2 hrs, 3 DVDs, SDH.