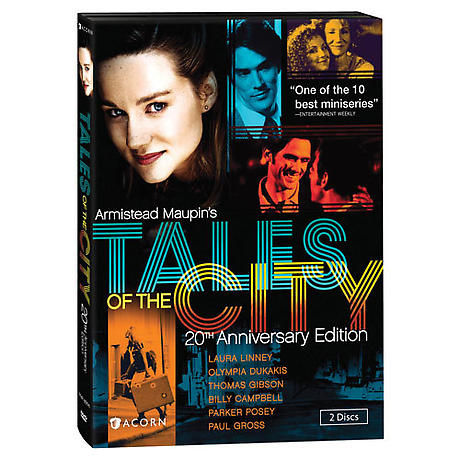 Nominated for two primetime Emmys®, winner of a Peabody Award, this outstanding miniseries earned PBS its highest ratings to date when it originally aired in 1993. Olympia Dukakis is Anna Madrigal, the eccentric, transgendered owner of a boardinghouse in the pre-AIDS San Francisco of the swinging 1970s; Laura Linney is Mary Ann, fresh from the Midwest. Based on Maupin's newspaper column and novel, with Thomas Gibson (Criminal Minds), Billy Campbell (Once and Again), and Donald Moffat (Clear and Present Danger). 6 episodes, 6 hrs, 2 DVDs, SDH.

"Groundbreaking...a TV drama ahead of its time" --Los Angeles Times