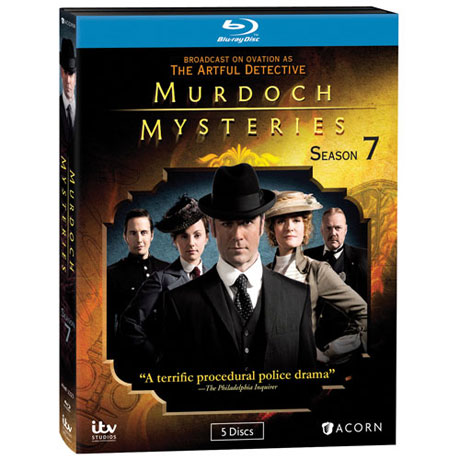 Set in Toronto at the dawn of the 20th century, this award-winning Canadian drama is a good-humored twist on crime procedurals. As dashing Detective William Murdoch (Yannick Bisson) pioneers new forensic techniques to solve baffling murders, he crosses paths with famous figures including Arthur Conan Doyle, Houdini, and H.G. Wells. Based on the novels by Maureen Jennings, seen on public television. Season Seven reunites Murdoch with Julia (Helene Joy) aboard an opulent passenger ship, and brings Murdoch and Sherlock Holmes together to solve a case. 18 episodes, 13 hrs, 4 Blu-ray discs, SDH.