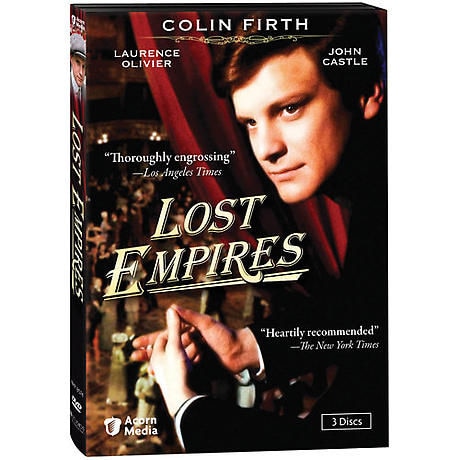 When an orphaned 18-year-old (a young Colin Firth) joins his hard-nosed Uncle Nick (John Castle) on England's pre-WWI vaudeville circuit, he finds himself among magicians, dwarves, torch singers, suffragettes, and a sad-sack comedian (Sir Lawrence Olivier in one of his final performances). Based on the nostalgic novel by J.B. Priestley, seen on Masterpiece Theatre in 1987, this famous miniseries captures a time when all the world was an English stage. 7 episodes, 6¾ hrs, 3 DVDs, SDH. Mature audiences.