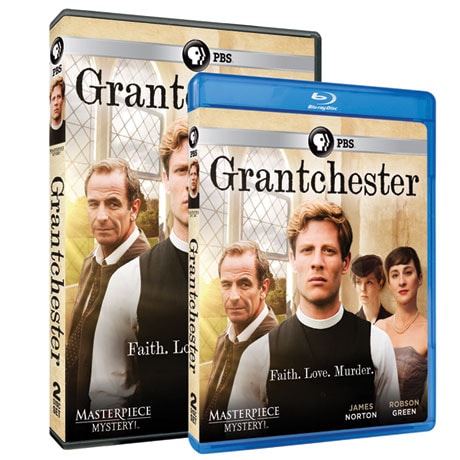 James Norton stars as Reverend Chambers, with Robson Green as Inspector Geordie Keating, in this six-part drama based on James Runcie's acclaimed "Grantchester Mysteries." One of the most popular series on Masterpiece Mystery! In a bucolic English village just outside of Cambridge, the vicar of Grantchester teams up with an overworked Detective Inspector to determine what's behind the suspicious deaths of some of his parishioners. The mix of humor, drama, and mystery makes this series a must-see. Six episodes, 360 minutes. Optional subtitles in English - handy when you find the British accents hard to follow. Specify DVD or Blu-ray.